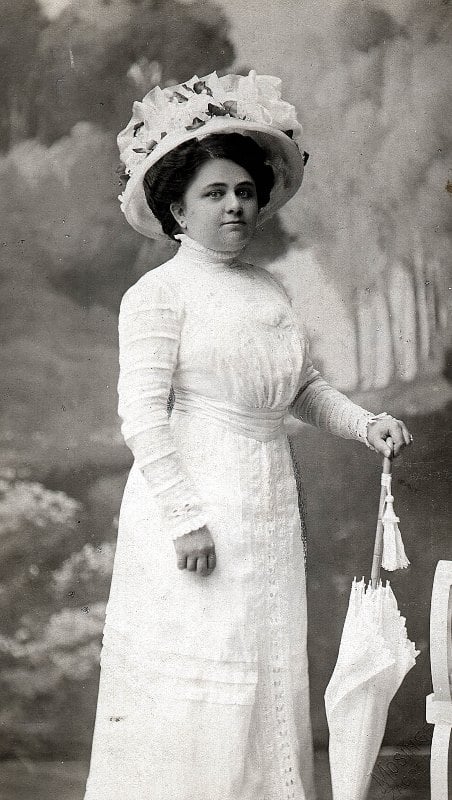 Marija Jurić Zagorka (1873-1957) is one of the most important Croatian public figures in the 20th century. She was a writer, journalist and political activist. In all her endeavours, Zagorka consistently championed Croatian political independence, advocated women’s and workers’ rights, and promoted social justice.
She began her extensive journalistic career in 1896 in “Obzor” (The Horizon), a leading Croatian newspaper, where she had to face many hardships: gender discrimination, contempt from colleagues, accusations of immoral behaviour, political persecution, and meagre wages, but through hard work and incredible persistence Zagorka became the first woman journalist in Croatia. In 1903, during the period of people’s revolt against the Hungarian ban Khuen Héderváry, Zagorka singlehandedly edited “Obzor” for five months while her male colleagues were in jail, and even spent ten days in jail herself. She also organized a women’s protest against ban Khuen. Zagorka gained international fame as a foreign correspondent reporting from the Croatian-Hungarian Parliament in Budapest in 1906. In 1909, she also reported from Vienna on the so-called Friedjung Process.
Zagorka predominantly wrote historical romances but her novels were not moralistic and pious in tone – they were politically subversive. This is accomplished through the construction of active heroines, who participate not only in the romance plot but in significant historical events as well. Zagorka started writing popular fiction in 1910, when she published the first Croatian crime novel, “Kneginja iz Petrinjske ulice” (The Countess of Petrinjska Street). Her first popular historical romance, “Tajna Krvavog mosta” (The Secret of Bloody Bridge Street), was published in 1911 and would later become part of her most famous novel in seven volumes, “Grička vještica” (The Witch of Grič), which deals with the persecution of so-called witches in 18th century Croatia. She is also the author of the first Croatian science fiction novel, “Crveni ocean” (The Red Ocean) published in 1918. Her novel “Gordana”, comprising 12 volumes and almost 9000 pages, is the longest novel written in the Croatian language and among the longest in the world. Zagorka remains the most popular and widely read Croatian author.

As an author of popular historical romances, Marija Jurić Zagorka was often under attack from journalists and literary critics who proclaimed her novels “trash for peasant women”. In this excerpt from her autobiography “Kako je bilo” (How it was, 1953), Zagorka defends her writing through the defense of her wide audience, which has always adored her work. In her writing, Zagorka strived to educate her readers about Croatian history, the fight for national independence, as well as women’s and workers’ rights, always presenting these important political issues in the form of thrilling adventures and exciting love stories.
“Yes! It is true! I write for the audience, for the people – because I am a part of them and nothing else. Yes! It is true! I cater to the instincts of a broad audience, because their instincts are also my own. And what instincts are those? Freedom! Justice! A longing for honesty! The desire for goodness and the firm belief that goodness must one day defeat evil! And who is that audience? And who are these broad masses, for whom I have written and for whom I write? They are the ones who have ideals – they carry flags, they are willing to be locked up for them, shot for them! These are very, very noble people and to serve them, to be allowed and able to write for them, is a very great honor and an amazing grace.” (translated by Maša Grdešić)

Marija Jurić Zagorka in her own words

Besides writing many popular historical novels, Croatian author Marija Jurić Zagorka was a prolific journalist. She was the founder and editor of two of Croatia’s earliest women’s magazines, “Ženski list” (Woman’s Paper, 1925-1938) and “Hrvatica” (Croatian Woman, 1938-1941). We invite you to read more about “Ženski list” and find out where Zagorka stood on the “Bubikopf” debate in Marina Vujnović’s doctoral dissertation “Forging the Bubikopf nation: a feminist political-economic analysis of Ženski list” (2008, University of Iowa, chapter 4):

“The new hair style was there to represent more than just a fashionable vanity, but (…) it came to represent liberation from gendered oppression; it represented modernity in which even time had become a consumer good; and, finally, it represented, in the feminist political-economic sense, a new woman in the working public sphere who needed the Bubikopf as a powerful symbol to alleviate the real traditional unequal position of women in society. The new hair style wasn’t only a gendered statement. It symbolized the class differentiation between the new working women and the ladies from the higher social class.”